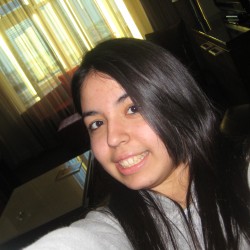 A Look Into The Mind Of A Gabi

I love reading. I'll read what ever looks good, what ever is popular, recommended books, children books. Anything and everything. If it intrigues me its going to be read. And occasionally I'll judge a book by its cover. I may be 17 but teen books aren't the only things I'm reading.
2 BOOKS

I have no words for this novel except that I liked it and am confused by it. I can tell that by the end of the novel Eric Poole found his tenderness but in a different way than he originally wanted. The feelings that Lori brought out in him confused both me and Eric alike. I lived this book from both minds of both characters and I can say that I am still confused over Lori. Both craving tenderness and, most importantly, love got it from unexpected people: each other.

Overall I think this was a great book and the ending was unexpected in which I felt for Eric because he lost what he was looking for and he felt it too late.

Getting a feel for the new space..